16 Jan Montenegro is Intensifying Its War With Critical Journalists

Posted at 23:06h in Politics, Uncategorized, Vijesti by Centar za istraživačko novinarstvo Crne Gore 0 Comments
0 Likes
Share
Pressure on the media is nothing new in this de facto one-party state – but the current wave of arrests of journalists suggests that the conflict is rapidly intensifying.

Pressures on the media have been present in various forms for a long time in Montenegro. But they intensified this January. Over just a few days one female and two male journalists have been arrested based on claims that they published false news and committed the crime of causing panic and riots.

Andjela Djikanovic, editor of FOS media, was arrested first. She was taken in because of an article saying that members of the Kosovo special police forces would come to the rescue of the Montenegrin police if need arose over Orthodox Christmas. She was only released after a judge ruled that there was no reason for her further detention as she had already resigned from the media outlet she had been editing, and so no longer posed a threat of repeating false news. Proceedings against her, however, continue.

A few days later, Gojko Raicevic and Drazen Zivkovic, editors of portals In4S and Borba, were also arrested. They spent a night in custody for running reports of an explosion at the state villa, the Vila Gorica. This building belongs to the government, which refuted the reports, and the journalists were released to await trial for a criminal act which, if they are found guilty, entails up to three years in prison.

All three arrests happened at a time of high tension in Montenegro. All over the country, tens of thousands of people are protesting against the new Law on Freedom of Religion, which parliament passed in the last days of 2019, despite being challenged by most of the opposition and by the Serbian Orthodox Church, the main faith group in the country.

The arrests have been condemned by local professional associations, civil society organisations and the opposition.

They all say that self-regulation and raising professional standards are the best medicine against misinformation. International institutions have also shown concern, including Reporters without Borders, RSF, which said that taking journalists into custody cannot be a good way to fight fake news, and could compromise human rights and media freedoms.

But the ruling Democratic Party of Socialists, DPS, has backed the actions of the prosecution and the police, calling fake news a type of “special war that certain centres are waging via persons hiding behind journalists’ IDs”. 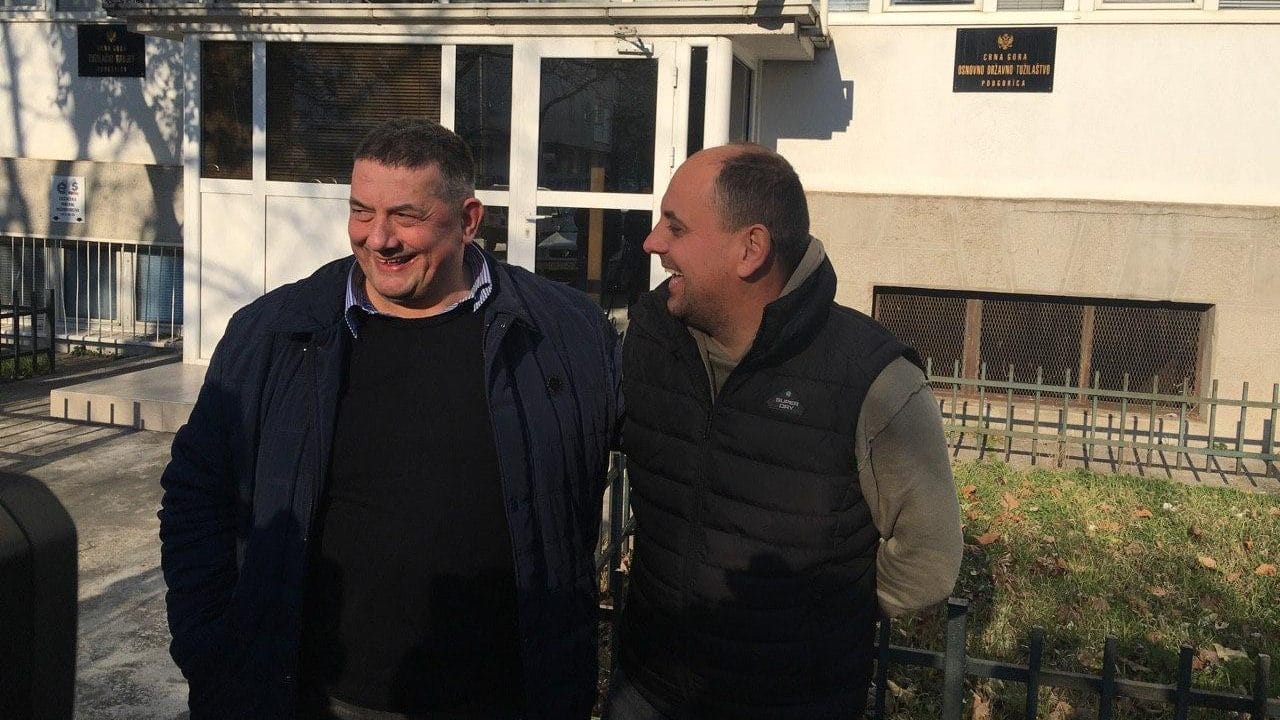 According to the DPS, the ultimate goal of this misinformation is to destabilize Montenegro, spread panic, and endanger the safety of citizens.

However, the key question is who is really destabilizing Montenegro – journalists, or the DPS – now into its third decade of rule and which claims to be the only guarantor of the country’s preservation and its stability.

Montenegro is one of the few countries in Europe that has never in its history changed the ruling party in an election. The Berlin Wall has essentially not been torn down here, nor has a democratic society been fully formed.

The system is still ruled by one party, more precisely by its leader, the current President, Milo Djukanovic, along with his family and friends. They control nearly everything, from the economy to the justice system.

In the last ten years or so, Montenegro has dropped more than 50 places on the RSF Press Freedom Index. It is currently ranked in 104th place and is among the lowest ranked in Europe.

Even though it is in its eighth year of accession talks with the European Union, all reports from Brussels criticize the state of its media sector. Instead of improving it, the authorities have restricted access to information; the last legislative solutions are another step backward, because various pieces of public interest information can now be deemed secret. 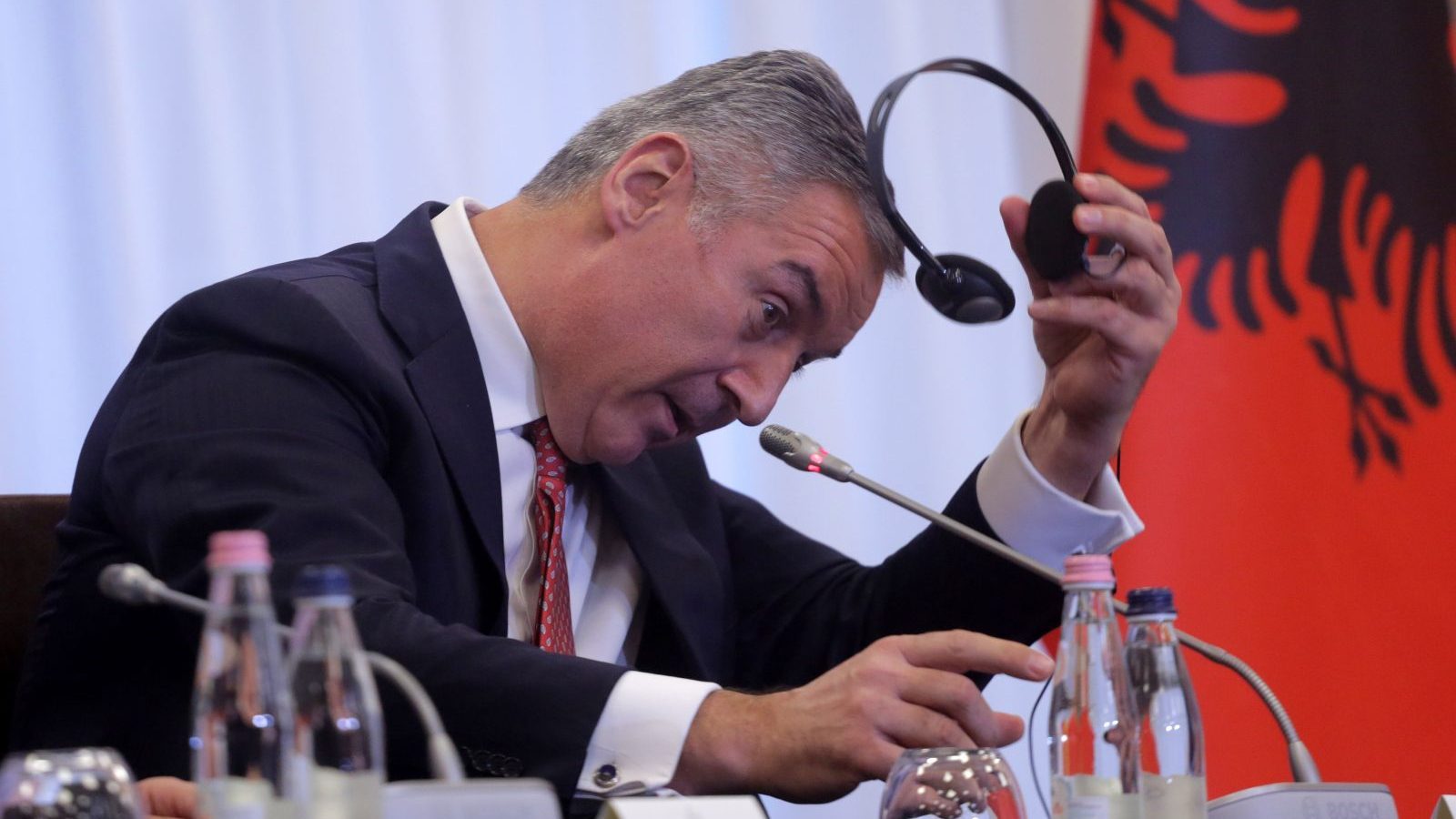 The current arrests, therefore, are only a continuation of bad practice. A few years ago, the journalist Jovo Martinovic spent 15 months in prison, accused of cooperating with the same criminal group whose activities he was investigating for foreign media.

The prosecution urged him to plead guilty and settle, which he refused to do. He was only released to await trial after the application of heavy diplomatic pressures and appeals from the most respected international human rights and media freedom organisations.

In the end, despite circumstantial evidence, he was sentenced to a year and-a-half in prison as a member of a criminal organisation that was distributing narcotics. This ruling was recently overturned by the Appeals Court and sent back for deliberation.

Martinovic now faces a battle to prove his innocence. For a long time, he had no passport and his wellbeing was endangered. But his arrest was met with silence by most professional associations and journalists in Montenegro. This silence and lack of solidarity could now come back as boomerang.

Conflicts with the media not controlled by the government are not new in Montenegro. They intensified in 2004, when the editor of the daily newspaper Dan, Dusko Jovanovic, was murdered after running a series of texts on the tobacco mafia, claiming it was ultimately run by Djukanovic, the prime minister at the time.

Later, after the independence referendum, fierce showdowns with another daily, Vijesti, took place. A bomb exploded in front of their offices, their director was beaten up, and their editor held at gunpoint by the Mayor of the capital, Podgorica, and his son. Two of its journalists, Tufik Sofija and Olivera Lakic, were targeted in several attacks and even attempted murders. None of these crimes was entirely resolved. It is still unknown who gave the orders, and who executed them.

At the same time, the pro-government media were running a brutal campaign against media and journalists who were reporting on the key problems of the country, such as corruption, ties between political heads, businessmen and criminals, shady deals and abuse of power.

Djukanovic himself championed this campaign, referring to investigative journalists as “mice that should be exterminated” and openly calling on the police to arrest the owner of Monitor and Vijesti. At the same time, financial pressures on independent media have also strengthened and the media market has collapsed, while the government and its reliable partners have poured money into pro-regime outlets.

Despite all the problems, however, calls for arrests, even if they came from Djukanovic, were seldom taken seriously. However, that has all changed since claims were made from the highest addresses in the country that a hybrid war is being waged against Montenegro.

Since the passage of the Law on Freedom of Religion and the mass protests, a sort of undeclared state of alert has been in effect. Djukanovic’s “ministries of truth” can meanwhile declare every piece of news that doesn’t suit the government a threat to the country’s peace and stability. The only question now is who will be next.

Milka Tadic Mijovic is a journalist, international correspondent and anti-war activist from Montenegro. She is also president of the Center for Investigative Journalism of Montenegro

The opinions expressed in the Comment section are those of the authors only and do not necessarily reflect the views of BIRN.